“Everything is karma. It’s not an accident that you are here at this place. It was decided long before you came here. You are just a victim in the hands of karma. Whether you make money, or you don’t make money, whether you are healthy or sick, whether your relationship works, or it doesn’t work – all these things are not accidental. They are just the karmic unfolding of what you were supposed to do in this lifetime.” ​​

The masculine archetype Shiva is known as the Supreme Being in southern Tamil tradition, where Dr. Pillai’s teachings originate from. Shiva is a powerful archetype who creates, protects, and transforms the universe. He can remove the influence of evil planets, fear of evil power, and accidental death and diseases.

Shiva is regarded as a great teacher (Guru), and a supporter of yoga, meditation, and the arts. He has the power to destroy the ego, illusion (Maya), and karma, which creates a separation between the consciousness of humans and God. Shiva helps to dissolve all the negativity that holds you back from recognizing your true potential, and nothing matters more to Shiva than enlightenment.

Worshiping Shiva, especially during the Great Night of Shiva, can bless you both 100% materially and 100% spiritually. Dr. Pillai calls this the 200% life.

The Great Night of Shiva, or Maha Shivaratri, is the most powerful night of the year to remove deeply rooted karmic issues. Maha Shivaratri is an opportunity to call upon Shiva for prosperity, the fulfillment of wishes, and the removal of sins, disease and debts.

Every month, the Moon enters the 14th Waning Moon phase, and that evening is called Shivaratri. The special Shivaratri called Maha Shivaratri occurs during the 14th Waning Moon when the Sun is in Aquarius in the sidereal Zodiac, which is in the mid-February to mid-March period. ​This is the very best time to take this course, but great benefits can be received at any time of the year. 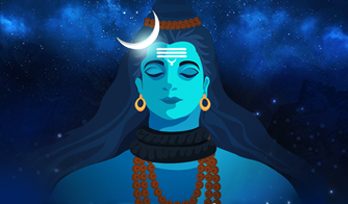