GODDESS OF WEALTH AND PROTECTION

Goddess Varahi has the face of a pig and the body of a female. She came into my life in a miraculous way, and I have completely immersed myself in trying to understand her, for I have discovered she is a performing Goddess. She is a performer. She is an archetype for material wealth and particularly gold and all that is under the Earth and all that grows on top of the Earth, all belong to her. In short, the Earth plane belongs to her. She is a form of Lakshmi, a form of Shreem Brzee. — Dr. Pillai 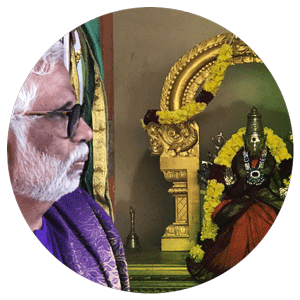 Varahi is typically pictured with the head of a boar and the body of a woman. The boar, or pig, is associated with Earth, a material element. Varahi is often depicted holding a staff in her hand as a symbol of protection and is considered to be an embodiment of courage, valor, and victory. She is one of seven feminine archetypes known as “Mother Goddesses” (or ​Matrikas)​ and is associated with the cardinal direction of North, which is said to represent wealth and prosperity. Varahi is an avatar of a powerful feminine archetype, Lakshmi, who governs qualities such as beauty, purity, grace, wealth, and abundance. She lives in a realm of pure positivity that includes happiness, luxury, and wealth, and she can benefit our lives both materially and spiritually. Lakshmi is also identified as the feminine archetypal representation of Shreem Brzee, a wealth mantra revealed to the world by Dr. Pillai.
VARAHI IS THE GODDESS OF 2020

Varahi is the Goddess of 2020, ​meaning her energy will be very active on Earth throughout the year. ​​The 5th Waxing Moon phase is Varahi’s special powertime, which means that her energy is most abundant during that phase. This is a great time to access the love and grace of the feminine archetypes as well as wealth and prosperity.

We can especially learn to connect with Goddess Varahi and receive her blessings in ​2020​. This is the best time to take our course​, but these teachings can be used in other years as well.

It is said that Varahi is an archetype of material wealth, a protectress, and a performer- meaning that she acts very fast. She is also known to grant gifts to those who connect with her. Many people invoke her energies to help them lead a long and prosperous life and to protect them from negative energies, such as jealousy. You should take the Varahi: Goddess of Wealth and Protection Course if you seek: 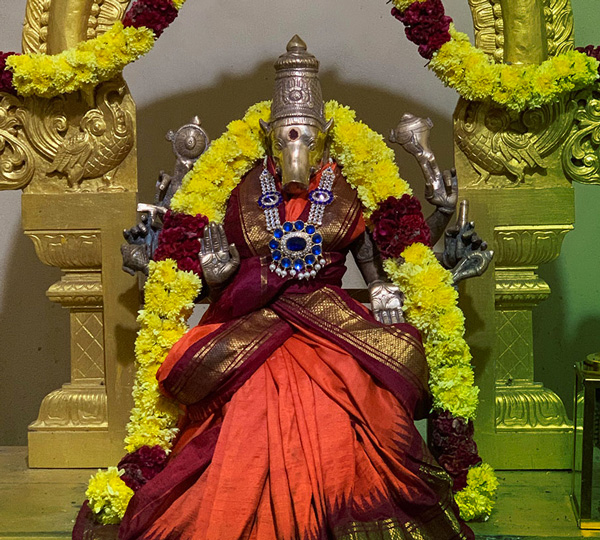 What I am going to do is teach you how you can wake up to another level of consciousness. All that you need to do is just shut your mind down and then begin to understand that you are being surrounded by other beings. The mind will come again and then worry about “how am I going to pay my bills” or “how am I going to deal with my relationship.” These are unnecessary problems. The problem doesn’t exist until you bring the problem in. We are constantly creating problems because if we don’t have problems, how do we live? Life will be very difficult if there are no problems. We have to keep creating problems and then solving them. The whole mindset has to be changed. — Dr. Pillai 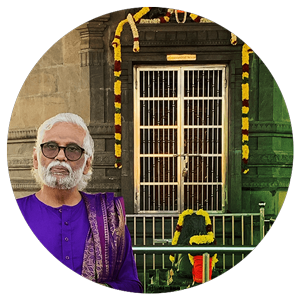 WHAT PEOPLE HAVE EXPERIENCED

have played the Varahi Shreem Brzee audio (on low volume) and I somehow got an extra 200 dollars from my job!

“I wasn’t expecting anything to happen so fast. I prayed for a way to become self employed as well, and I started to get really good ideas out of nowhere!”

Dr. Pillai identifies Varahi as a form of the Shreem Brzee Goddess. In this course, you are introduced to the Goddess in her form as Varahi, a boar-headed Goddess of Wealth. You will learn about Varahi and her highest archetypal form, Lakshmi. Varahi is an avatar of Goddess Lakshmi, whose specializes in material wealth manifestation, problem solving, and protection.

When you enroll you will receive:

Lectures about Varahi and Attaining Prosperity

Dr. Pillai introduces Goddess Varahi as one who gives wealth and protects you. In his lectures, Dr. Pillai discusses how you should be able to live in eternal bliss and how that bliss is provided to you by the grace of the Goddess. The Goddess can provide you with a path to higher intelligence and can free you to structure your reality in a new way.

Dr. Pillai introduces you to Goddess Varahi by instilling her in every part of your body, your cells, your DNA, and genes, and teaches you how you can be receptive to Varahi’s blessings.

Daily Practice Routines to Build a Relationship with Varahi

Spend some time every day to build an established connection with Varahi. Dr. Pillai provides practice options and special audios to help you connect with the Goddess daily.

Access to supplementary information will provide you additional opportunities to connect with Varahi. See pictures and video of Dr. Pillai’s visits to two Varahi temples in Tamil Nadu, powerspots for Varahi’s energy.

Instructions on How to Create a Sacred Altar

You will learn how to build a sacred altar to connect with Varahi. A sacred altar allows us to show adoration and benevolence through physical offerings. This is the place where we can make gestures of gratitude and loyalty to the Goddess.

Permanent access to our membership site where you can easily find all your course audio, video, and text materials in one convenient location.

If you ever have any questions, the Pillai Center Academy will be here to guide and assist you. 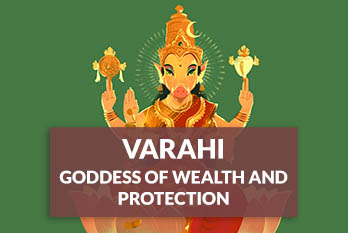