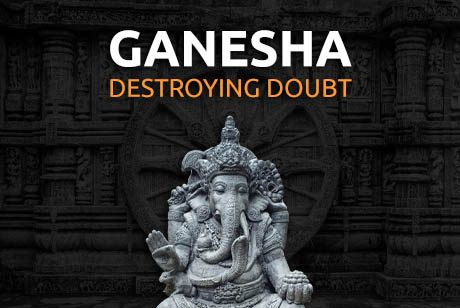 He is also responsible, or endowed with the ability to remove karma, especially on his birthday. He gives it as a gift to people. I invite you to join this webcast, which will be done by Ganesha himself, to transform your life.” ~ Dr. Pillai

GIVE ‘BIRTH’ TO THE ULTIMATE ARCHETYPE

As taught by Dr. Pillai and the siddhas, the birthdays of archetypes like Ganesha represent a time when the archetype can be ‘birthed’ from your unconscious into your conscious awareness. This is synonymous with gaining access to the archetype’s intelligence and powers which lay dormant within your unconscious.

To ‘birth’ Ganesha is to gain access to the power of OM, whom Ganesha personifies, which is the ultimate state of consciousness.

Ganesha is also said to have a unique wisdom that even the gods do not possess, which is the intelligence to see and dissolve obstacles ahead of time. This can manifest as a powerful intuition which guides your life on the path of least resistance for success in all endeavors.

Dr. Pillai has been divinely inspired by Ganesha to create a one-hour meditation webcast for the benefit of humanity. Dr. Pillai will be channeling in-the-moment teachings and meditation technology from Ganesha himself during his most powerful time of year.